The Man Who Died Twice,

In October 1962, a young comedian rose to fame and success when club audiences saw him perform, doing something no entertainer had ever done before. His comic impersonation was spot on. The voice was eerily accurate. The appearance was strikingly similar. The target of his act was the President of the United States.


His name was Vaughn Meader and his talent was so great that he was able to join with two writers, Bob Booker and Earle Doud, and produce a comedy album called The First Family. 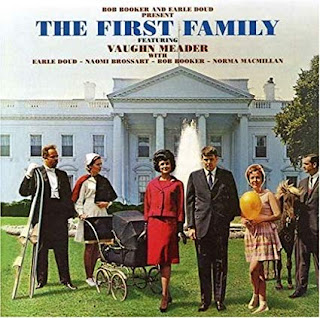 The album sold over 7.5 million copies in less than one year, making Meader rich and famous. But on November 22, 1963, caught by the horrible events of that day, Meader’s world came crashing down. President John F. Kennedy was shot to death in Dallas.
Another death occurred at exactly the same instant. It was not the death of another man but, rather, the death of a hugely successful career. Vaughn Meader had become so identified with his impersonation of President Kennedy that he could not escape the stereotype. He tried other aspects of entertainment but he failed. By 1965 he was nearly broke and he fell into the abyss of drugs and alcohol. He eventually had some success as a musical entertainer in Maine.

I recently heard a Podcast by Moe Rocker that was about Meader. Rocker said Meader appeared on a cable interview show in 1998 and apparently performed this piece in the voice of JFK.
“Two-hundred years ago in Concord, Massachusetts, a shot was fired that was heard around the world. Thirty something years ago in Dallas, Texas, another shot was fire that was heard around the world. The first bullet that was fired from the Concord Bridge signaled the birth of the American spirit. The second bullet fired from the Texas Book Depository attempted to end that spirit. And we have seen in the last thirty something years how nearly successful that second bullet was. But in the final analysis, there is no bullet. There is no bomb. There is no power on the face of the Earth that can destroy the American spirit.”
Abbott Vaughn Meader, the man, died in 2004 but his career died on November 22, 1963. 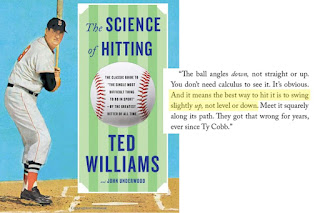 I've always agreed with TW about this and am finding a modified approach to this can actually help, even in slow pitch #softball. It's actually simple. If you swing down on the ball you will hit it on the ground, so go upward. But don't get under the ball. Hitting the ball hard into the air, at a slight angle, will result in more hits in the long run. Ground balls get through sometimes, but, basically, they suck.
#TedWilliams was the king of hitters, as far as knowing what you are doing.

Just got this book, on a recommendation from a friend, a real sexpert on the subject. I'm using it as a research tool for my next novel, Seven Stages of Sexual Attraction. The story can be summed up by the dramatic question: Can a woman truly love and trust a man while also condoning his sexual play with others or will too much sexual freedom lead to extreme consequences and destroy their relationship?

I just started writing, so don't look for it anytime soon, but maybe in mid-2018. 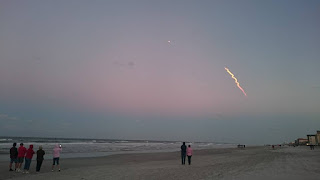 Yes, America IS STILL great and I can prove it. My daughter and family have just concluded an eight month trip around the world and have stopped in Florida to visit Nonna and Grandpa. Keep in mind that they have seem some terrific things. They've touched six continents, ridden camels and elephants, seen the wonders of the #Galapagos and posed for a family photo in front of the Taj Mahal. But their greatest thrill they said was seeing the #SpaceX rocket launch while on the beach in eastern Florida.  What a GREAT sight!

Only Henniker On Earth 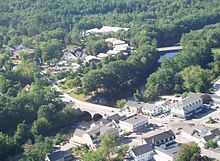 I first met the town of Henniker when I was twelve years old. My older brother had enrolled as a freshman at the young New England College and my family made a day trip in the early fall to visit him, 1958.

It's a peaceful little town, so it was a logical choice for the setting of my novel, Schmuel's Journey. The peace and quite is often disturbed a bit by the college students, but, otherwise, it really is peaceful.  New England College opened its doors there in 1946. Henniker and I got started at about the same time.

The town is named after Sir John Henniker, a London merchant who had shipping interests in Boston and Portsmouth. Currently, there are just under five-thousand residents. The countryside is beautiful and a river runs through it, as you can see in the picture. That's the Edna Dean Procter Bridge, a solid stone arch bridge built in 1835. Looks like something out of ancient Rome.

Among the notable people who have spent time in Henniker is actress Geena Davis, who attended NEC. Henniker can also claim fame as the place where the game of paintball was invented.

The town offers skiing at Pats Peak, canoeing and kayaking in the Contookcook River, great foliage viewing in the fall and all the activities of New England College. If, for any reason, you needed to go on the lamb and hide out in plain site, this might be the town for you.

From the iconic image of Burt & Deb on the beach to Frank's career changing role as Maggio, it was simply an unforgettable film. 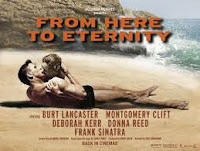 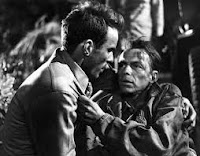 I was very young when it came out, but I'll always remember seeing it being promoted on the #Today Show. They showed us the aerial shot of the army base being attacked by Japanese planes while soldiers scattered about, looking like dots on the ground.
It was on TV the other night and, although I've seen it several times, I got sucked in again and was glad. It's a love story for the ages, on several counts: a love of two men and two women, as well as the love of those men and Army life.  It all takes place against the backdrop of the worst moment in America's twentieth century.
The characters are unforgettable: Ernest Borgnine as Fatso Judson, the fearsome, knife weilding Captain of the Guard at the stockade; Lancaster, as the tall, strong, straight as an arrow "TopKick" who not even Fatso dares to mess with; Sinatra as the feisty and loveable Maggio, who takes a beating in the stockade but spits in Fatso's eye each time; and Montgomery Clift, the handsome, talented boxer who won't join the boxing team even if it means getting the "Treatment."
At the risk of sounding sexist, this is a man's movie. Deborah Kerr and Donna Reed were fine actresses, but I think any actress could have done their roles well. They didn't create icons like the men.
And there were supporting actors that we all know, by face if not name: Jack Warden, George Reeves (Superman), Claude Akins, and Robert Wilke.
Just when you think you're out of #WWII, they pull you back in.

Who Is James Bond? 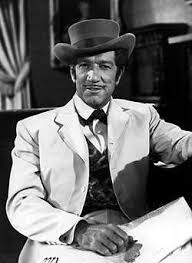 Ever watch #Have Gun, Will Travel? If you did, you know that the man named #Paladin was a pretty cool character. He was a West Point grad and #Army veteran. He was well read and could recite poetry and #Shakespeare at the drop of a hat. He also knew fine food and wine, was well traveled and could speak several languages and discuss the finer points of many cultures and religions. Sound familiar? Aside from being an Army man rather than Navy, as was Bond, they shared many traits.

Where Bond had a license to kill, Paladin didn't need one, for he lived in the #Wild West, where he made his living with a gun.

So who came first, Bond or Paladin?